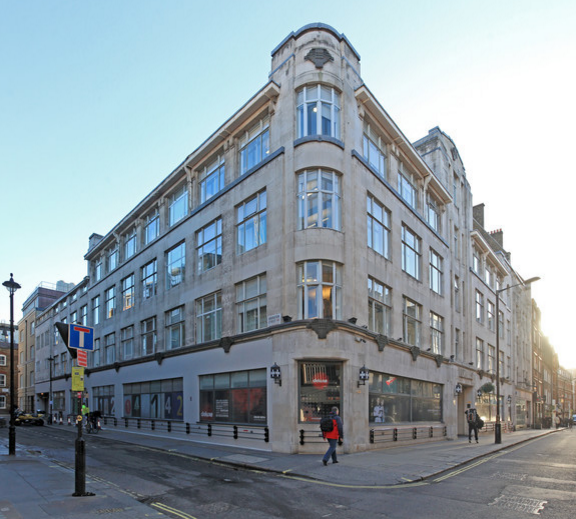 A chance to acquire 8,309 sqft of on the 4th floor of this iconic building in the heart of Soho.

During the 20th Century Wardour Street became the centre of the British film industry with the big production and distribution companies having their headquarters in the street. By the end of the century most of the big film companies had moved elsewhere, leaving some smaller distribution companies, independent production houses and post-production companies still based in the area along with a number or preview cinemas.
Film House at 142 Wardour Street was formerly the headquarters of the Associated-British Pathé film company. Latterly the building has been home to Nike and and Encore.

Wardour street is home to over 30 restaurants and bars so there is plenty to keep employees busy beyond working hours.

This superb fitted out office is within close walking distance of Tottenham Court Road and Oxford Circus Underground Stations.

The space is available by way of an assignment or sub-lease expiring September 2020. Rent passing on the assignment is £448,686 or £54psf. Business rates are £28.53psf with the service charge running at a very reasonable £7.58psf.

This space would suit companies wishing to be located in the vibrant Soho area on flexible terms that suit growth.

Soho office space receive weekly updates on Soho’s office availability. To check our availability report against your office requirements please use the details below to get in touch with a member of our team.

Get up to date office availability

* These fields are required.