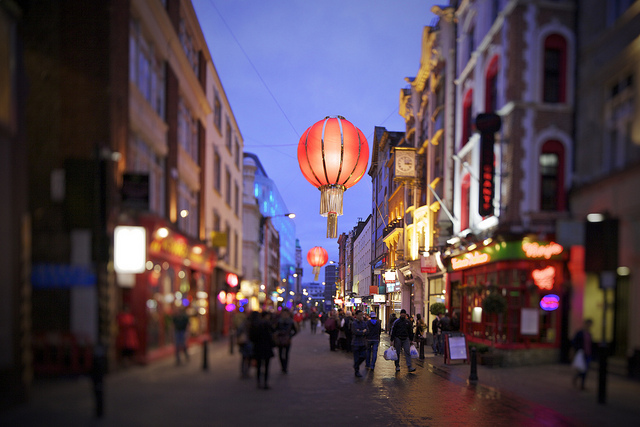 All together now: “I dreamed a dream in times gone by …”

OK, so we might not have a career ahead of us on the West End stage but we thought Soho Labs were worth making a song and dance about. Soho Labs is a stunning modern coworking space in London’s Soho that is situated on the top floor of the office space above the Queen’s Theatre, home to long running production Les Miserables.

Soho Labs differs from many other coworking spaces in Soho and London as a whole because it is founded on the premise of nurturing the small startup businesses it hosts. Founded and run by two tech investors, they pride themselves on supporting host businesses in a range of areas including securing funding, building a team and launching the product or service onto the market. You also benefit from being housed with other entrepreneurs, who you can network and collaborate with.

A far cry from the hustle and bustle of theatre land, Soho Labs is a calm spacious working environment. It is decorated in a minimalist neutral style, with pot plants, has plenty of access to natural daylight and a window seat.

The neighbourhood: In and around Wardour Street

Soho Labs is based in Wardour Street, in the heart of the West End so you have the benefit of having some of London’s best shops, restaurants and bars right on your doorstep. Close to Leicester Square, Piccadilly Circus and Tottenham Court Road Stations are all nearby, giving you access to the Bakerloo, Picadilly, Northern and Central line as well as multiple bus routes.

If you are interested in finding a Soho coworking space in a venue like Soho Labs, get in contact now. Call us on 020 3393 4745 or email Penny at sales@reesa.com to speak to a property consultant.

Get up to date office availability

* These fields are required.